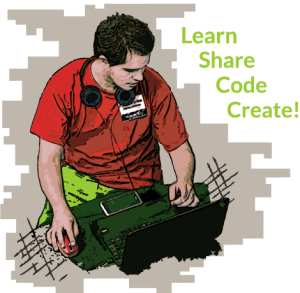 TADHack in 2015 was roughly double the size of last year, with close to 1400 registrations, 800+ attendees and 90+ hacks. It was an intense experience for everyone involved. This weblog summarizes the winners of the global prizes, we’ll review all the local prizes in another weblog. Cooperation between teams was amazing, diversity is important to winning ,and the sponsors had an intense couple of days as developers hacked hard on their APIs and platforms. We even had entries such as WebRTC Security by Alan Johnston and his team, which was not pitching for a prize, rather using TADHack as a platform to promote an important security issue on ‘man in the middle attacks’ with WebRTC. But onto the Global prizes:

TADCall Team (Lisbon) of Afonso Oliveira, Joao Trindade, Simon Exposito, Alexandre Goncalves, Bruno Macedo who won $1k. Their hack was regain control of your mobile phone. Control who can call you, at what time and how frequently. With our solution you can create discardable phone numbers to diferent aspects of your life. Separate you work calls from you personal time.

Inter-E-view (Chicago) by V.S.Kashyap Naveen who won $1k + an Apple watch. His hack was an employment interview tool using WebRTC

Neil Flynn (Dublin) with a hack on a client that can store Customer to Customer Agent conversations. He won an Apple Watch.

Connected Cars (New Dehli) by Ponvel Srinivasan, Pravin Kumar, Ankit Bharat Tanna, Mohit Baveja who won $1k. With an app that allows the user to monitor the status of various parts of the car and alert or intimate the emergency contact in time of crisis. This app uses Ericsson’s M2M Data API for the Cars to monitor the parts of the car.

Car Guard (Remote) by Benigno Hernandez, Carlos Perez, Gabriela Gonzalez and Christopher Hardy Islas. Their hack resulted half from the huge problem of insecurity in Mexico and half from their personal experience. Sometimes parking lots are not available so you need to park far away from your car and, even when having the alarm activated you can’t hear it, or simply sometimes you could just forget to lock your doors and activate the alarm. This results in vulnerability of your car and your belongings inside. They designed a prototype of device to alert car’s owners when the car alarm is corrupted, someone breaks in the car without permission, someone breaks the windows, something or someone moves or hits the car, or in the worst case when someone steals the car. The most important thing is that is totally independent of the manufacturer or the vehicle’s model.

Heart Rate Monitor (Lisbon) by Antón Rodríguez Yuste and Jonathan Rodríguez González who won $1k. Their hack as a heart rate monitor using WebRTC to send data to the doctor.

Smart Campus (Madrid) by Carlos Moreno, Marta Martin, Jaime Vegas, Manuel Alvarez Campana who won $1k. Their hack was a web visualization tools for environment and mobility sensors deployed for the UPM Smart Campus in the context of the Madrid Smart City activities.

Unusual use of Matrix rooms (London) by Igor Pavlov who won a bag of Tessel goodies. His hack sends/receives SMS in LyteSpark conversations.

SignChat (Lisbon) by Sacha Nacar and Mike Dauphinais who won a bag of Tessel goodies. Their hack converted between signing and messaging for chat.

Third Eye (remote) by Chad Hart who won $1k with a WebRTC powered remote computer vision system for providing intelligent alerts on pre-defined triggers such as motion, person detection, or even if there are kids in view with potential for lots more. It could also be applied to industrial manufacturing situations. Provides alerts where ever you are – local audio/visual, SMS, calls, or email (not all implemented).

The BEST Team (Melbourne) who won $1k with a hack of a Beacon that pinged the cell phone for the Student and for the Pharmacy customer.

BallotBox (remote) from Thomas Howe who won $1k with a hack that used SMS for voting.

TADSlack (Lisbon) from Scott Barstow who won $500 with a hack that brings phone calls and indexing of recording within Slack.

CSAcademia (Madrid) by Carlos Bello Pauste and Leonardo Quintero Morales who win $1k. With a hack on a bulk SMS communication system to communicate for the institution to communicate with students, parents, teachers, etc.

With a special mention prize for Inti Pérez Minaya, who manages all the video production and streaming for TADHack in hacking a twitter stream into the TADHack Live Stream.