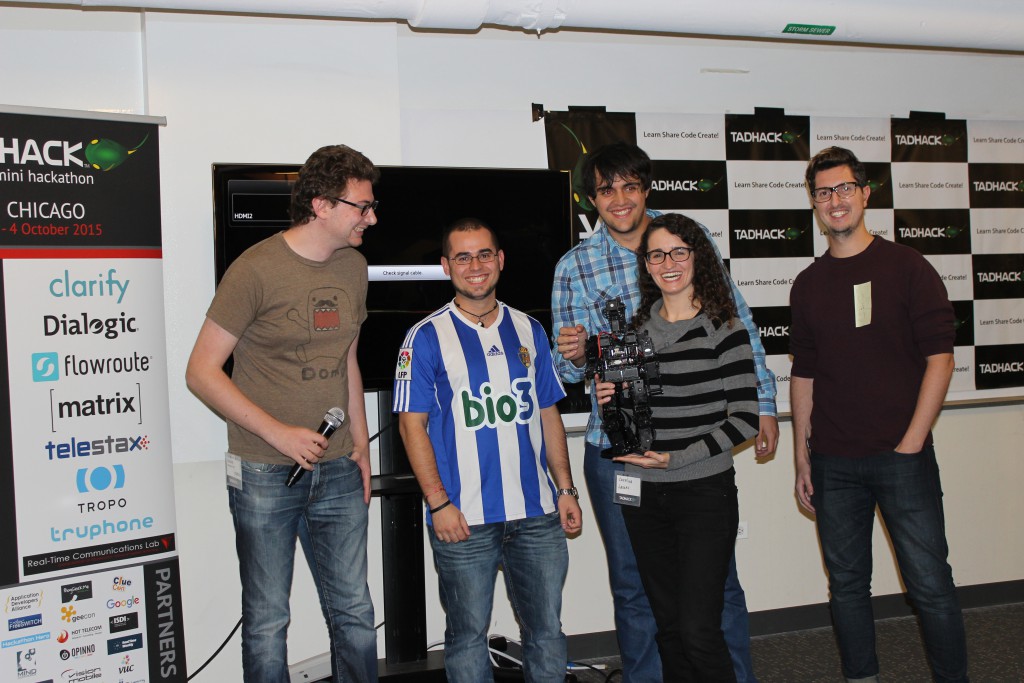 The ProbatioNerds are a team of six IIT (Illinois Institute of Technology) graduate students. Caterina heard about the TADHack and convinced her roommates Adnan and Sergio to join; with the guys next door Javier, Ernesto, and their friend Marion. They always joked they waste too much time, that they will be placed on academic probation, that’s why they called themselves ‘The ProbatioNerds’.

Having their eyes on the Trossen robot, they went straight to work with Matrix using it’s chat rooms to control the robot from anywhere in the world, all that is needed is access to the internet. 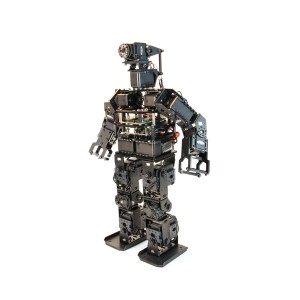 The work was divided into three parts:

Through TADHack we learned a lot about robot control and how to use an environment like matrix.org to communicate between applications. Thanks to Daniel from Matrix and Trossen Robitics for all their help and support. We learned a lot about Python, JavaScript, and communication protocols. One of the challenges we faced was communicating between Python and Javascript. We also struggled at the beginning to come up with an idea. We came into TADHack without anything prepared, we created the hack over the weekend.

The experience was amazing, we strongly recommend getting involved in TADHack. We got to meet great people, learn about new resources, and the chance to present our pitch in the IIT RTC conference keynote during the week. Everyone was extremely supportive and flexible, giving us all the resources needed to learn, share, code, and create!