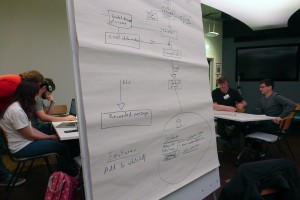 Last weekend I attended my first ever TADHack Global in London.  Over the past couple of years I’ve attended other hackathons but never TADHack. Its focused on using programmable telecoms, which turns out to be incredibly fun and powerful. We created a hack PhoneGuard using Apifonica that won the Apifonica global prize. Thanks to everyone for all their help and support through TADHack 🙂

by Mark, Ousama, and Michael.

The three of us decided to answer the ‘Pay to talk to me’ challenge.

During a quick brainstorming session we decided to use the Apifonica API to charge unsolicited called to call you. They also had the most memorable intro video 😉

The first part of the project was to understand the problem, millions of unsolicited calls to businesses and individuals everyday. What if you could reduce that number and at least charge the callers for wasting your time?

With our project calls to your Apifonica  phone number would be met with a recorded message saying that there was be a charge for continuing the call.  Calls lasting over a certain user set time would not be charged. The principal being that a unsolicited call would be ended quickly, a call that the user wanted would last longer than the cut off point and therefore wouldn’t be charged.

How we made it

We created a clear concept what the product would would be and why it would be used and user journey of the before we got to work creating the prototype.

Audio was recorded and edit for the various recorded messages the caller would hear. 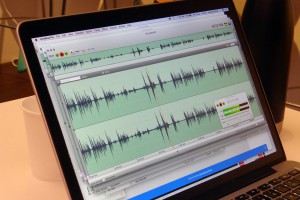 Server side scripting and a database holding the record messages was created using Node.js and integrated with the Apifonica API.

Sunday morning everything was working as we had hoped and we even had time to produce some slides to go with our working prototype.

The only problem was trying to call a phone service in a building that had poor mobile phone signal in the basement for our mobile operator!